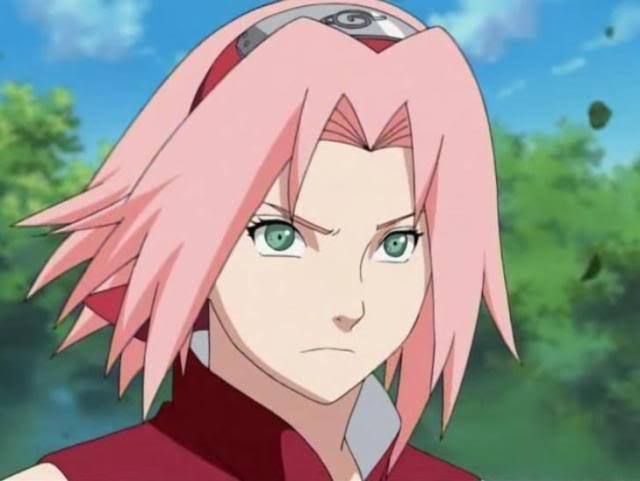 On Naruto, there are many interesting characters. However, few are as interesting as Sakura Haruno.

Sakura Haruno is a female ninja from the Hidden Leaf village. Apart from being one of the earliest characters on the show, she stands as one of the most popular female ninjas of the franchise. You might also know her for her relationship with Sasuke Uchiha.

Do you want to learn more about this incredible character? Well, here are some facts that will grab your attention!

Now here are some facts about one of the most popular anime characters. Let’s get started.

Every Naruto fan knows about Sakura’s undying love for Sasuke. Even when he was evil, she forgave him and still maintained her affection for him. Although she tried to control her feelings, her love for Sasuke became stronger.

They eventually got married and had a daughter. But the relationship was filled with drama.

2. She Does Not Have a Signature Move

Unlike most of the Naruto characters, Sakura does not have a signature move. Some theories believe that she doesn’t have this ability because she focused her energy on Sasuke and abandoned her martial arts training. To make up for her lack of abilities, she decided to train for three years and become a major asset in battle.

3. She Has a Normal Family Life

It is hard to discover people with normal families in Naruto. Sasuke escaped a family massacre while Naruto’s life also had its share of sad events. However, Sakura is one of the few characters that lived a fairly normal life.

Her parents are Mebuki and Kizashi Haruno. Besides, she was the only child of the family. Although Mebuki was a chunin, he retired and began working as a consultant that helped companies with their debt.

4. She Became a Powerful Healer

In the series, Sakura became a medical-nin. Since she got her training from the mighty Tsunade, she became one of the best healers from Hidden Leaf.

As a medical-nin, she can heal wounds and damaged parts of the body. Moreover, she can replenish the chakra of other characters. Also, she was able to unlock the Byagoku seal without any problems.

Thanks to her powers, she has healed major characters like Sasuke and Naruto. She even rescued Kankuro after he was hurt by poison.

5. She Has a Strong Fighting Spirit

When it comes to willpower, Sasuke has a large chunk of it. It doesn’t matter her goal, she won’t stop until she reaches it.

With this attribute, she was able to withstand Ino’s mind transfer technique. Even if the battle was a mess, it showed the level of her willpower.

Sakura was born on the 28th day of March. For this reason, she has the Aries star sign.

According to experts, people with the Aries star sign are impulsive, bossy, and willing to speak their minds. However, they can be loyal and devoted to their interests. If you look closely at these attributes, you might find some of these qualities in Sakura.

If you place Sakura beside her parents, you might not notice any similarities. When it comes down to it, Mebuki and  Kizashi do not have her pink hair or turquoise eyes. Besides, they do not even have the same facial features.

As she gets older, she might look like her parents. Or maybe she already looks like her grandparents. Who knows, anything is possible in the Naruto series.

8. She can detect the White Zetsu without Any hassles

The White Zetsu were skilled spies that could infiltrate any organization. Because of their transmutation features, they were very good at their job. Besides, very few characters could detect their presence.

Sakura Haruno is one of the ninjas that can feel the presence of the White Zetsu. During the war, she could tell that a “Neji” was a White Zetsu impersonator. Surprisingly many of the strongest characters do not have this amazing ability.

Other Random Facts about Sakura Haruno

Do you want to learn more about Sakura? Check out some random facts about this incredible character.